Looks like orangeacid.net is back after some down-time due to security exploits.

I’m writing this from Urbis in Manchester on some old Macs – wow, getting some weird bugs on Safari. Looks like they’re mostly cosmetic, though.

Back home now, in the comfort of my newly cleared-out room. So what was I doing at the Urbis center in Manchester a couple of hours ago?  I’m one of a team of young people from Derby collaborating with Derby QUAD to participate in the Portrait of a Nation project. 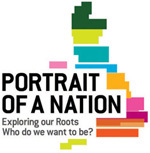 “Portrait of a Nation offers the opportunity for communities – especially young people – to get involved in identifying what it is special about their city and their local culture and what they want to save, share and pass on for the future.

What does being British mean to them and what do they want it to mean in the future?”

It’s an exciting project which I feel privileged to be a part of, and I have similar feelings for the QUAD project.  Great things are going to come out of QUAD.  It’s going to be interactive and fun and relevant to the city and its citizens.  Expect to see more of it around here soon.