I take a lot of photos – between 5 and 15 on an average day, up to perhaps 50 if I get carried away. When I’ve got a focus (at a gig, or on a day trip perhaps), I’ll take something between 70 and 150 photos. Though I love photography and improving photos, I will invariably have scarce enough time to do my GCSE coursework, attend band practices and guitar lessons and see my girlfriend, let alone photoshop 100 images.

Because of my lack of time (and perhaps also a degree of lazyness), I turn to a program called Picasa to help me edit my photos.

Picasa is great because it fits it’s purpose perfectly. It isn’t made for graphic designers – it is a photography tool. It is both a highly usable image organizer – without which I would not be able to find most of my photos – and an image optimizer in one. Graphic designers will be turned off by it’s lack of selection tools, text tools… even a brush tool. 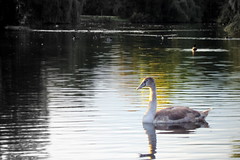 However, for the more artistic and adventurous photographer, there are a few effects built in. Picasa basically contains the most useful features of a photo editing suite, and cuts out the less commonly used stuff – tools to crop, straighten, remove red-eye, brighten, sharpen, (de)saturate, and adjust shadow and highlight levels are provided, excluding the very neat ‘I’m feeling lucky’ one-click fix for pretty much everything. There are also some other neat effects such as blurs, glows and focal black and white – the picture to the right is a good example of what can be done. 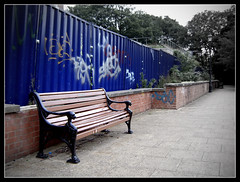 Picasa isn’t the holy grail of digital photography, though – there are few people in the world of IT who haven’t heard more than a faint whisper of Photoshop, the industry standard in photo editing. I started using photoshop a while back for adding an effect called vignetting. Notice the darkened corners around this image? It’s useful to give your photos a professional feel and to draw the viewer’s attention to the subject. 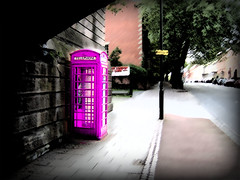 For a time I disregarded Photoshop, considering it a tool purely for those who enjoy manipulating images, creating blends and banners, that sort of thing. I did this myself for a while – my poorly done and inexplicably popular pink phonebox on Flickr is testament to this. But now I have started to use it again…

I have discovered some useful features in photoshop, such as HDR and the ability to fine-tune certain colours. The picture of the taxis below is the first in a series of images that I have used to experiment with Photoshop. This picture features heavy vignetting and also the slight de-saturation of every colour except yellow. 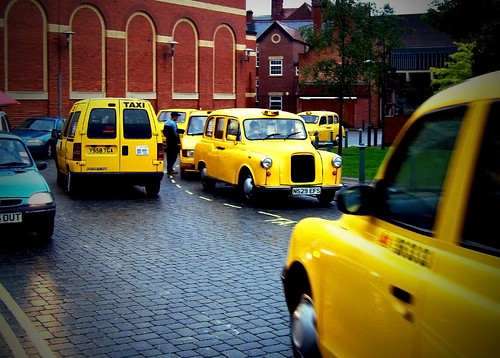 Those of you who are becoming interested in digital photography may be interested to know that I managed to get this focusing effect by using a small aperture of f2.6. Anyway, more photoshop goodness coming soon…